Meningitis or dropsy of the brain is the inflammation in the outer layer of the brain and spinal cord. This protective layer is also called meninges. It’s like a membranous covering of the central nervous system. What are the common causes of meningitis?

The cause of meningitis depends mostly on the host, responsible for this. But, somehow it may be bacterial, viral, fungal, or protozoan. And that’s the reason behind the inflammation in the meninges.

Bacterial meningitis is also called septic meningitis. It is the most common cause behind inflammation of the meningeal layers. In this  Meningococcal pneumonia is most common in adults and Haemophilus influenza type-2 is mostly seen in children.

It is also called aseptic meningitis.

What are the risk factors of dropsy of the brain? What are the hallmark signs of dropsy of the brain?

Fever with nocturnal rigidity (stiffness of neck) is the confirmatory sign. Also, these are the signs of meningeal irritation. Besides it, the positive Brudzinski’s sign and kerning sign are mostly considered signs of it.

In Brudzinski’s positive sign, the flexion of the head causes flexion of both thighs as well as hips and knee flexion. That indicates dropsy of the brain. If the person has meningeal infections then flexion of thighs and knee to the right angle after that knee extension causes serious spasm. It occurs in the thigh muscles and back pain happens.

Children asked to kiss the knee. If he has dropsy of the brain they can’t do the maneuver due to stiffness of the spine. 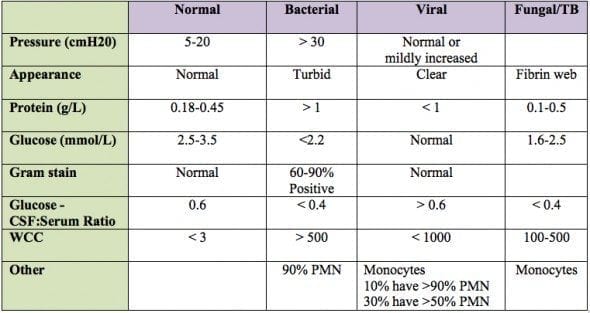 Easy step to managing it